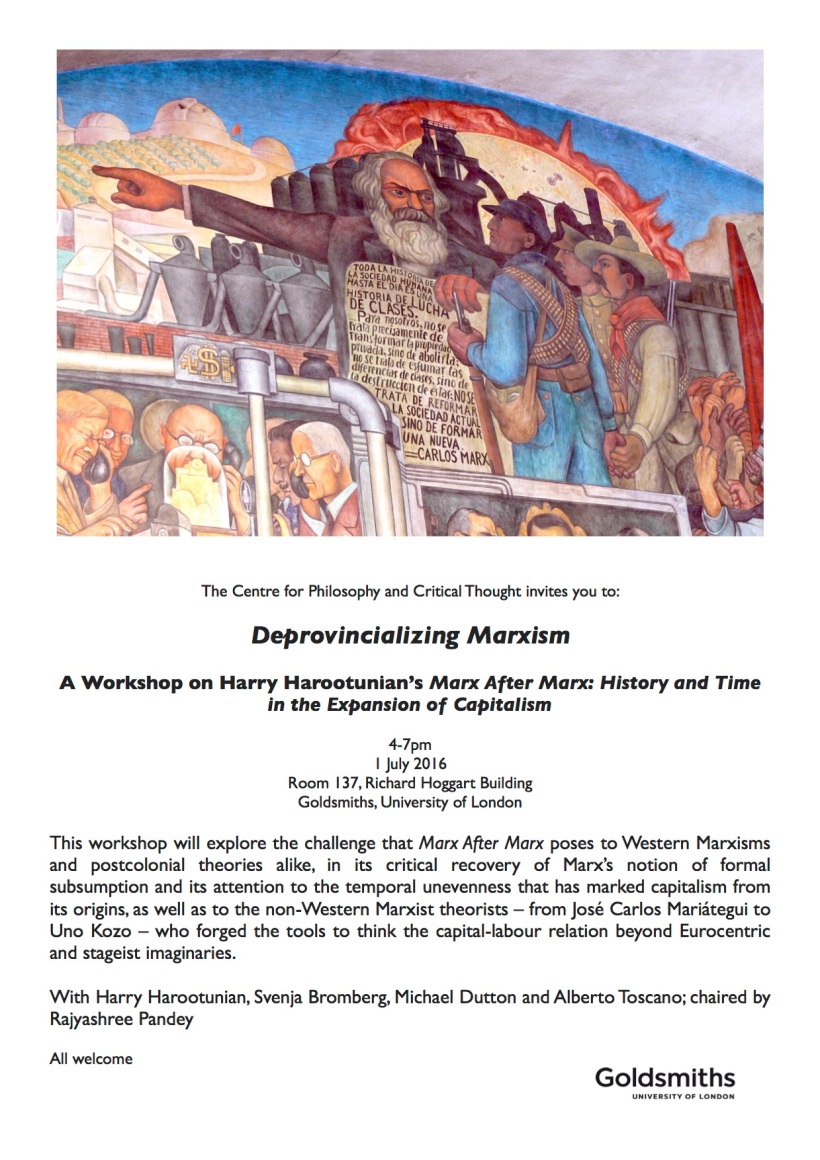 A Workshop on Harry Harootunian’s Marx After Marx:
History and Time in the Expansion of Capitalism

In the author’s own words, Harootunian’s new book presents us with “a Marx who was able to expand his own angle of vision from the 1860s on and widen his perspective to envisage a global arena marked by the formation of the world market.

We can perceive in this epochal shift that Marx had moved toward envisioning the multiple possibilities for radical transformation among the world’s societies that no longer depended on their capacity to replicate a singular model offered by a European nation-state or bypass the colonial experience, and which, as his views on Russia showed, could utilize the residues of a prior modes of production to create either a new register of formal subsumption or bypass capital altogether”.

This workshop will explore the challenge that Marx After Marx poses to Western Marxisms and postcolonial theories alike, in its critical recovery of Marx’s notion of formal subsumption and its attention to the temporal unevenness that has marked capitalism from its origins, as well as to the non-Western Marxist theorists – from José Carlos Mariátegui to Uno Kozo – who forged the tools to think the capital-labour relation beyond Eurocentric and stageist imaginaries.