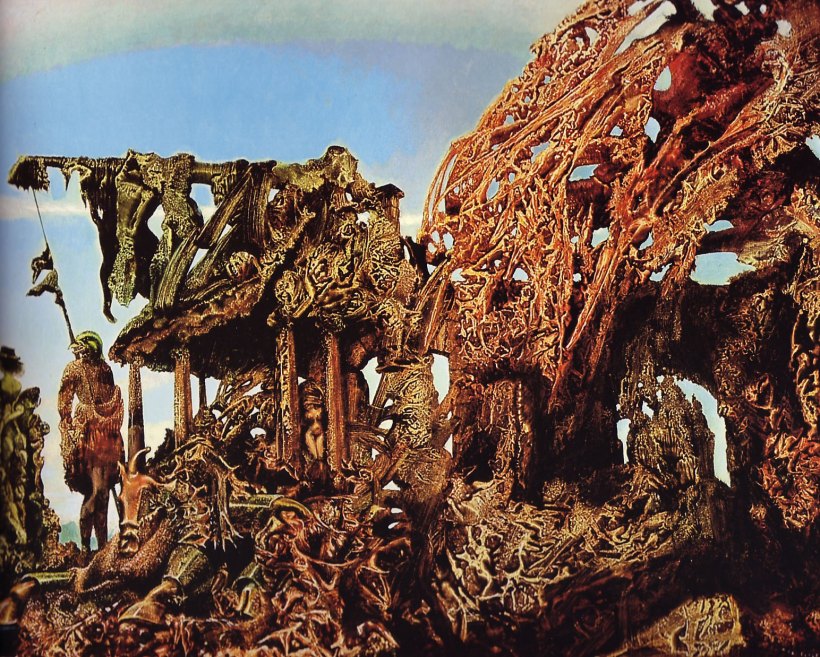 Geology of Race: Anthropos, Capital, and Universality under Pressure of Extinction

Encouraged by a couple of references to Marxism in The Human Planet, a short mass-market book published this year by two physical geographers, Simon Lewis and Mark Maslin, this talk will start by explaining why a critical conversation between geology and the humanities is likely to be defining of the twenty-first century episteme. In claiming that the cumulative and accelerating destruction by capitalism of species, climate stability, and social formations will be legible forever in Earth’s crust, and in finding objective reasons to doubt the viability of the human species in the coming centuries, the Anthropocene might be the most consequential concept ever invented. Of course, it is not “man” so much as industrial capitalism precipitated by primitive accumulation that has brought about a new detectable phase in the history of the earth. Anthropos is not a totality over and against “nature”, but itself an ecology fissured in essence by vectors we call sex, class, race, religion, and nation. Focusing on the Anthropocene’s racial dimensions I will rehearse the key historical trajectories which converged into the structural racism and slow violence (which could also be called differential extinguishability) of modern globalization: slavery, monopoly, genocide, underdevelopment, carbon emissions, toxicity, refugees. Extinction is both an ever-thickening possibility on the horizon for the human species and what has already threatened some social formations in order for today’s wealth to materialize. Inspired by Deleuze and Guattari, a geology of race understands there are substrata to biopolitical discrimination running deeper than those of capital and prejudice. Stratigraphers millennia into the future will be able to read racism in the rocks, provided they are radical.

The talk ends by turning to the simple but momentously pressing question: what politics is capable of deflecting racial capitalism’s path towards extinction. While Badiou is understandably skeptical about environmentalism, I will argue there has never been a better justification for revolutionary universality than the Anthropocene. Geocommunism is the name for the hypothesis of a mode of production without private property and border, in which the few do not wreak havoc on the many to enrich themselves, but collectivities share the earth as an immense and perishable commons.

Arun Saldanha is Associate Professor of Geography, Environment, and Society at the University of Minnesota. He is author of Space After Deleuze (Bloomsbury, 2017) and Psychedelic White: Goa Trance and the Viscosity of Race (Minnesota, 2007), and he is coeditor of Deleuze and Race (Edinburgh, 2013), Sexual Difference Between Psychoanalysis and Vitalism (Routledge, 2013), Geographies of Race and Food: Fields Markets Bodies (Ashgate, 2013), and the Deleuze Studies special issue “Deleuze and Guattari in the Anthropocene” (2016).